​Friends of the Boston Harbor Islands

Our group of spirited volunteers has worked on behalf of the islands for 43 years! Our non-profit group leads tours, provides visitor service, hosts activities and educational programs. ​

FBHI - 43 years!
If you see someone on the islands in a blue shirt,
chances are it's a Friend - say hello!

The Friends of the Boston Harbor Islands are supported by our Members and in-part by the special project grants from Boston Marine Society.  Consider joining or renewing your membership.  FBHI Volunteers that are Mass State Employees may be able to donate a day a month via the SERV Program.

SCROLL DOWN OUR PAGES TO SEE MORE OF OUR CONTENT.

Boston Harbor City Cruises offers a 20% discount on all trips including Harbor Islands, Whale Watching, Salem Ferry, Provincetown and more.
MEMBERSHIP
YOU Can help the Friends of the Boston Islands every day with an easily budget-able donation.  Donations will be withdrawn from your credit card for a 12 month period.  Consider this wonderful and easy option!  The Friends are truly a 'grass roots' organization, a donation from you goes a-long-way.  Donors that donate using the 'subscription' method become members with all of our membership benefits.  For the cost of just a pot or two of coffee, you can make a difference!  Thank you.
Your 2022 discount codes are on the back of your 2022 membership card.


Park Lighthouse Tours 10% discount on the Park Lighthouse Tours. Please note:  The tours do NOT include getting onto any of the islands nor entering/climbing the lighthouses.  The discount is only on Saturdays from July 2nd to September 10th, 2022.
https://www.bostonharborislands.org/lighthouse-tours/

​Mass Bay Lines (Rowes Wharf) offers a 10% discount on all their tours including: Visit https://www.massbaylines.com/tours-and-cruises/ to see the daily tours, weekly cruises and holiday events.

We've been able to have some of our history preserved - our Tidings Newsletters from 1985-1987 have been digitized, and we've just uploaded our eTidings from 2014-2019 as well!  Click here to see them!

Link to the Patriot Ledger article about our 40th, by Sue Scheible

Friends and Park Highlights Through The Years

Through the efforts of Suzanne Gall Marsh & the UMass Archives a rare 1969 film showing Boston & many of the Harbor Islands has been restored and is available for viewing - click on any of the images below and prepare to be take back in time!  The video is just over 18 minutes long.  Enjoy!

You can virtually visit the Islands Online Year - Round with many photos of Thompson, Calf, Rainsford, Graves Light Station and Outer Brewster Islands 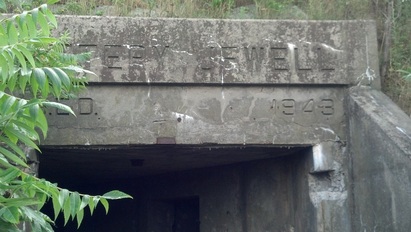 Can't make it out - or interested in seeing what you might see on one of our trips?  Visit the islands online via photos by some of our Friends - Click on the island names below to start your journey!

Volunteer Job Descriptions have now been posted on our Volunteer Page.  Interested?  Check out the page, read the description and then complete the online form.  And if you're a State Employee, you may be eligible to make use of SERV Time.
Volunteer with FBHI

Support the Friends by donating your old cell phone via Cellphones For My Cause.  Cell phones contain heavy metals as well as precious metals and should not be land-filled or just thrown away.  Help the environment, while helping the friends.  Click on Cellphones For My Cause to learn how!
Web Hosting by FatCow